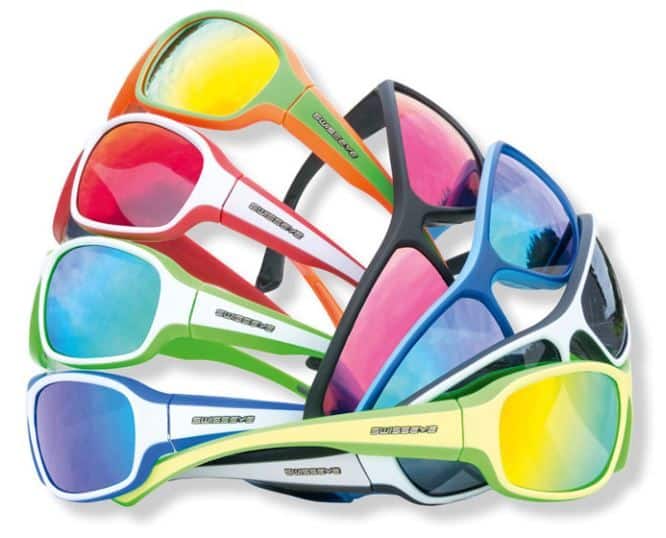 The brand Swisseye was founded in 1998 in Germany. Since this year the company has been a successful producer of sports, leisure, protection and special glasses that also sells sports glasses to optician shops. Today Swisseye supplies more than 7.000 retailers in Germany as well as numerous customers abroad.

Swiss Eye International was one of the first companies that has produced sport glasses with a innovative special combined antifog/antiscratch-coating. The top quality glasses are produced with flexible, anti-allergic material and shatterproof polycarbonate lenses for an untarnished sport activity. Moreover, the sports glasses are produced according to the strict safety norm EN ISO 12312-1. All glasses offer 100% UVA-, UVB- and UVC protection.

Furthermore, Swisseye sports glasses offer e.g. lenses which fulfill the demands of sports people with e.g. lens/es which adapt automatically to the brightness of the environment. A lot of Swisseye-models have had good test results in several national and international trade and end consumer magazines such as the magazines RoadBIKE, MountainBIKE or Aktiv Trening.

Swisseye is a part of the Norwegian HTS Group, which also owns a number of other well-known brands such  as BeSafe, Hamax, Packline and Voksi.